BLACKMASK is a Business Mentor who won his spurs selling office machinery in Aberdeen and the North East of Scotland. With a career in sales spanning more than 40 years, and Sales Mentoring for more than 12 years, he has a real depth of experience in growing a successful business, operating at the sharp end in one of the toughest market places.

BLACKMASK has built up extensive experience in sales recruitment, development and management and Sales Mentoring techiniques, and is well placed to provide relevant mentoring support to businesses looking to improve their sales performance.

Since 2006, Blackmask has povided a wide range of Sales Mentoring services to businesses across Aberdeen City and Shire, and is currently providing this same support more formally as a Growth Adviser with Elevator and the Business Gateway.

With experience drawn from over 40 years at the sharp end of running successful sales teams, and with particular insight into the complex and challenging world of Sales Training, BLACKMASK provides a range of supportive Sales Mentoring services which could help you shake things up a bit, and help you with the changes you need to make, to move your business forward.

Let’s face facts, if your struggling to get sales, and you don’t know what to do about it, you’re business can be a pretty scary place!

Sometimes you just need a little help to identify the little things that can make a  big difference and get you back on track.

BLACKMASK offers help of the simplest kind by providing a free consultation to help identify your most pressing issues and can assist in the creation of a strategic Sales Training plan designed to address them.

BLACKMASK sets about things differently from others who might offer strategic support, not so interested in the high-level stuff that costs a fortune and can be really difficult to implement, but much more interested in the basic nitty gritty stuff which with Sales Mentoring is easily achievable and much more affordable.

We can then get pumped up with a big slice of creative thinking and the pulling together of a structured plan which will help improve sales and achieve your business objectives.

You’ll be amazed at what can be done with a little bit of direction and some targeted Sales Mentoring, so if you feel you are ready to shake things up a bit, then maybe BLACKMASK can help you too, and just remember, if nothing changes, nothing changes!

The next move is down to you.

Click here to enrol in the Jedi Sales Academy 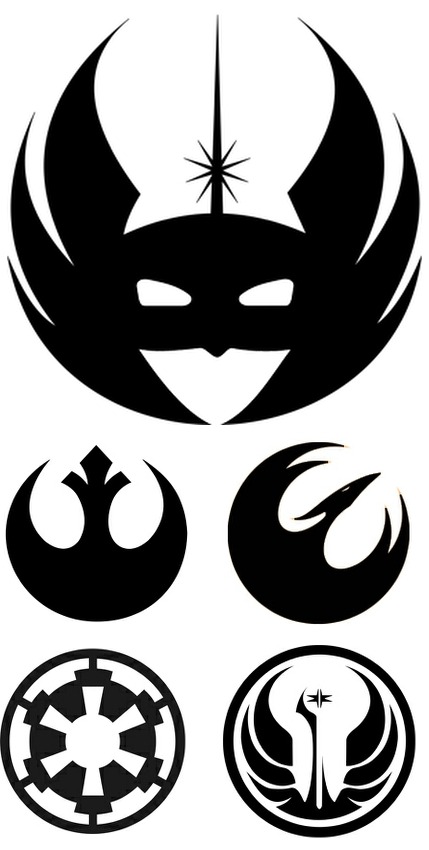 And what’s the story behind the logo?

It was 1989, over the preceding 15 years or so I’d already built what I regarded as a successful sales career, this was when I met my sales Guru for the first time.

It was an epiphany moment for me, the time I first learned about the Structured Sales Process and the time I realised how little I actually knew about selling!

I learned from my Guru the importance of knowing ‘The Structured Sales Process’ and embedding it in my business. It was at times very difficult as I had to unlearn bad habits and learn the new ones which would enable me to take control of my own destiny.

I have always been a fan of the Star Wars saga and from the very start saw parallels in the relationship between the Jedi Master and his student, and in the relationship between myself and my mentor. Since becoming involved in Sales Mentoring myself, I have enjoyed making use of Jedi symbology and philosophies to help make important points and to add a salient if lighter touch to proceedings.

The Blackmask logo, the larger of these examples, was inspired by the other Jedi symbols shown here, I’m sure many die hard Star Wars fans will recognise them at a glance, but for the less well informed they represent The Rebel Alliance, Rebels Pheonix, Galactic Empire and The Old Galactic Republic, I hope it makes some kind of sense now.

May the Force be with you.

A long time ago in a galaxy far, far away…

BLACKMASK set up in 2006 to provide Sales Mentoring support aimed at businesses who were light on sales expertise, but big on plans for success.

Many new start businesses find that their experience to date may not have been particularly sales focused, and this can pose a real problem if they want to sell things!

BLACKMASK knows how to sell things and can show others how to do it too.

Most companies appreciate the need to have process in their business, stock control, administration, and manufacturing, for example, would not run smoothly without an understood process. You may have come across companies who fall short of a process in these areas, they’re usually pretty easy to spot!

The really weird thing is that many businesses don’t appreciate the need to have a sales process, and instead will open for business in the hope that others will understand what it is they do with the expectation that the phone will ring with an order, the trouble is this approach doesn’t really work very well!

Therefore it’s probably fair to say that businesses without a sales process are usually pretty easy to spot as well, especially when the going gets tough because sometimes even the tough just don’t know how to get going!

However, embed a bit of sales process in your business and things can be very different! With a sales process in place you’ll be able to understand the relationship between the application of effort and results that might bring. 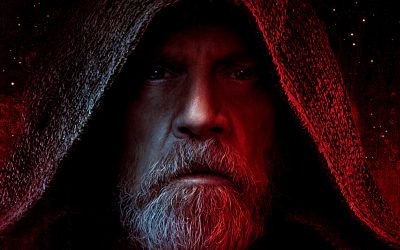 The making of a Mentor

I've been developing sales people for nearly 30 years and have a career in sales which goes back even further, and it's this experience I draw on to build the content of my sales workshops, check out the testimonoals of some of my apprentices, there's a button at the...

END_OF_DOCUMENT_TOKEN_TO_BE_REPLACED 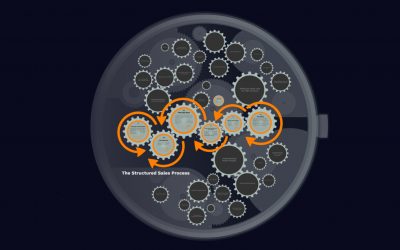 At the heart of our training programme sits 'The Structured Sales Process', a learned skill which can optimise the potential of any sales person. Founded on the solid principles of discipline and process it supports the sales practitioner through the intricate steps...

END_OF_DOCUMENT_TOKEN_TO_BE_REPLACED 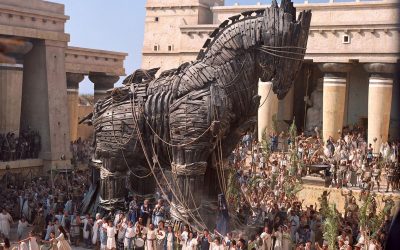 I have been working in sales for over 40 years and during that time many things have happend which have changed the way we approach sales, mostly for the better it as to be said. However, one thing that hasn't changed much during all that time is the immovable barrier...

END_OF_DOCUMENT_TOKEN_TO_BE_REPLACED 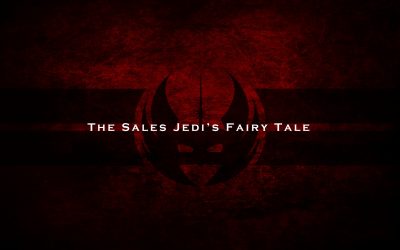 Once upon a time......... Over the years BLACKMASK has worked closely with a specialist sales development company called ‘Believe’ who also help companies with recruitment, selection and development of sales teams. This collaboration led to the creation of...

END_OF_DOCUMENT_TOKEN_TO_BE_REPLACED 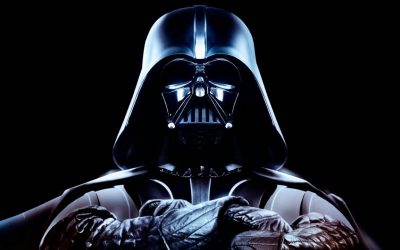 Resist The Dark Side

Resist the temptation of the Dark Side When you have a product or service you really believe in, and when you are excited about the many useful, perhaps even unique features it may have, it’s easy to see where the temptation to share all of the good news with...

END_OF_DOCUMENT_TOKEN_TO_BE_REPLACED 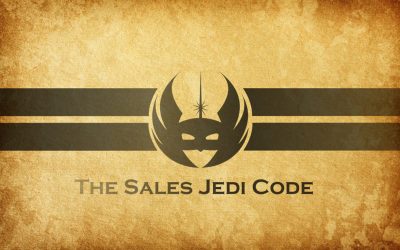 END_OF_DOCUMENT_TOKEN_TO_BE_REPLACED

Blackmask provides companies with the timeliest and most accurate insights for growing sales, profits and market share.  We look at your people, strategies and systems and can tell you whether your people can actually execute the company's strategies, meet your...

END_OF_DOCUMENT_TOKEN_TO_BE_REPLACED 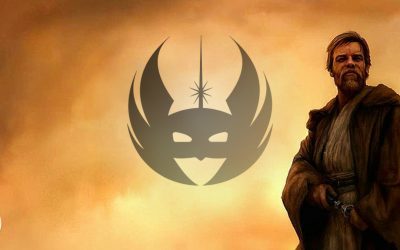 Inspired leadership is the foundation of a results based culture When sales management fails to communicate a clear vision, the result is a negative, under-performing sales culture. Without positive sales leadership, your staff may lack trust in management direction...

END_OF_DOCUMENT_TOKEN_TO_BE_REPLACED 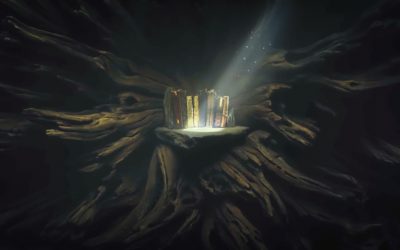 The Believe System has been designed to accommodate a broad range of aspirations from both the sales person and sales management. From the salesman's perspective it sets out clear objectives and rewards based on agreed performance levels. It also states the lowest...

END_OF_DOCUMENT_TOKEN_TO_BE_REPLACED
[wpforms id=”2037″]
Opting into our distribution list means that you may receive email notifications straight to your email in-box from time to time.

Opting out means you will be removed from our distribution list (if you are already on it).

To contact us directly you can find our telephone number and email address at the top of this page.